Could Molly Brant Be Related to Pauline Johnson? 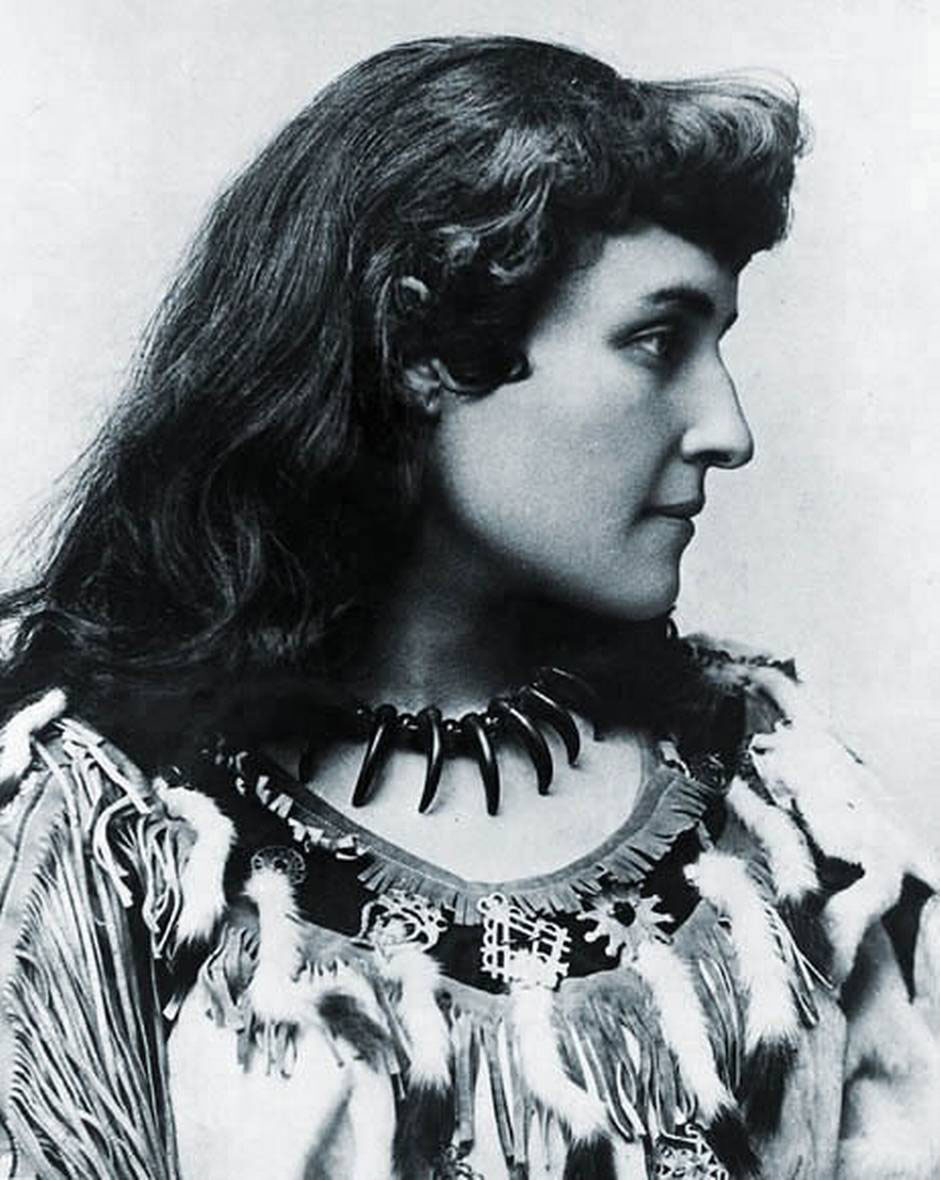 During the Q & A session at a recent presentation on Molly Brant: Mohawk Loyalist and Diplomat, someone in the audience asked if Molly Brant was related to the native poet, Pauline Johnson.

It’s a logical question. Both women were of Mohawk blood, and Molly’s eight children were all Johnsons. It seemed to beg some further research.

Although the two women lived in different centuries, it turns out they both had roots in the Mohawk Valley in central New York state, the traditional homeland of their people.

Emily Pauline Johnson was born in 1861 on Six Nations territory on the Grand River in Ontario. Her father was a Mohawk of the Wolf clan, the same as Molly Brant. Pauline’s mother, however, was English, and the girl was raised in a middle-class family, one where an aloof attitude was fostered, along with elegant manners.

Pauline was proud of her Mohawk heritage and took for herself the name of her paternal great-grandfather Tekahionwake.

Tekahionwake was born in 1758 (confidentially, the year before Molly Brant moved in with William Johnson) in the colony of New York. At the Mohawk youth’s baptism, Sir William Johnson, Superintendent of Indian Affairs for the northern colonies, acted as his godfather. Subsequently, Tekahionwake took as his name “Jacob Johnson”, and Johnson became the family’s surname down through the generations.

So, E. Pauline Johnson was no relation to Brown Lady Johnson, as Molly during her years as chatelaine at Johnson Hall was respectfully dubbed.

Pauline, the Canadian poet, found it difficult during the late nineteenth century, to make a living from her writing, but she became a skilled orator, delivering dramatic recitations of her poems as she toured Canada and the United States. She died of breast cancer in 1913.